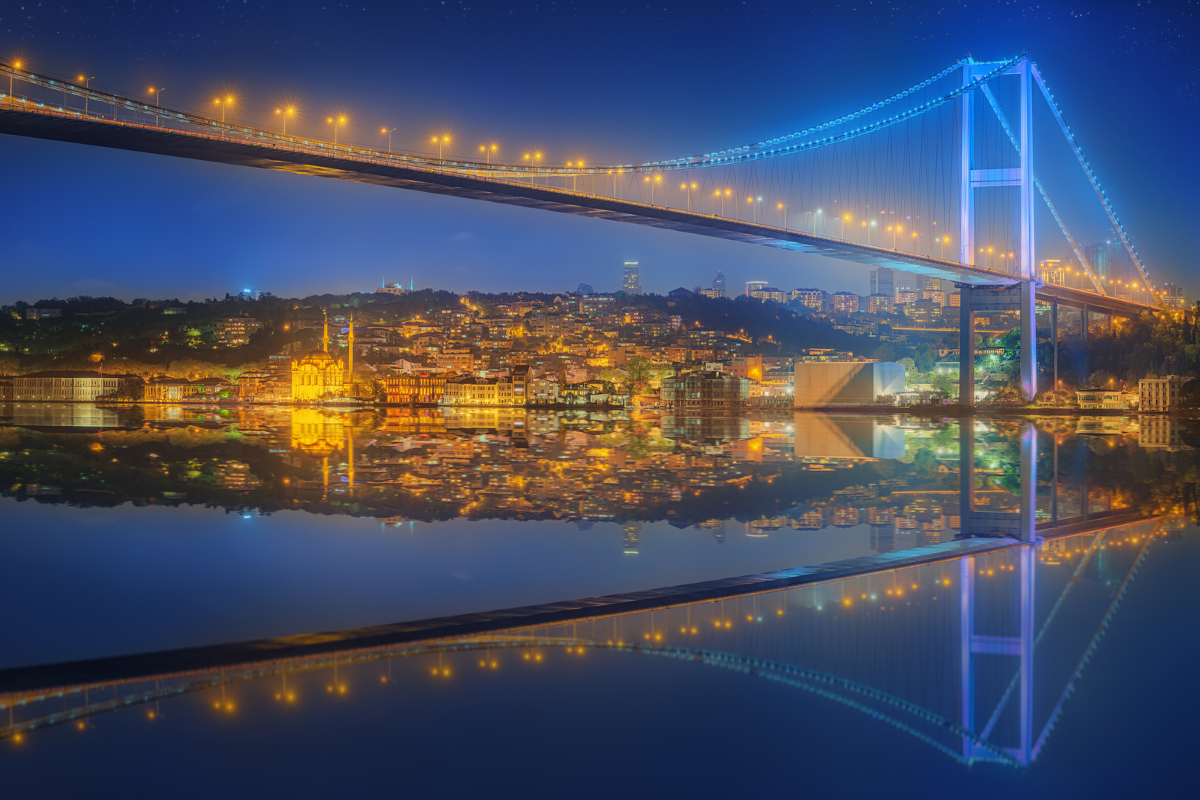 The Bosphorus Strait or Bosporus Strait is a natural strait and an internationally significant waterway located in northwestern Turkey. It forms part of the continental boundary between Asia and Europe, and divides Turkey by separating Anatolia from Thrace.

Most of the shores of the Bosporus Strait, except for those in the north, are heavily settled, straddled by the city of Istanbul’s metropolitan population of 17 million inhabitants extending inland from both coasts. The Bosporus Strait and the Dardanelles Strait are known as the Turkish Straits.