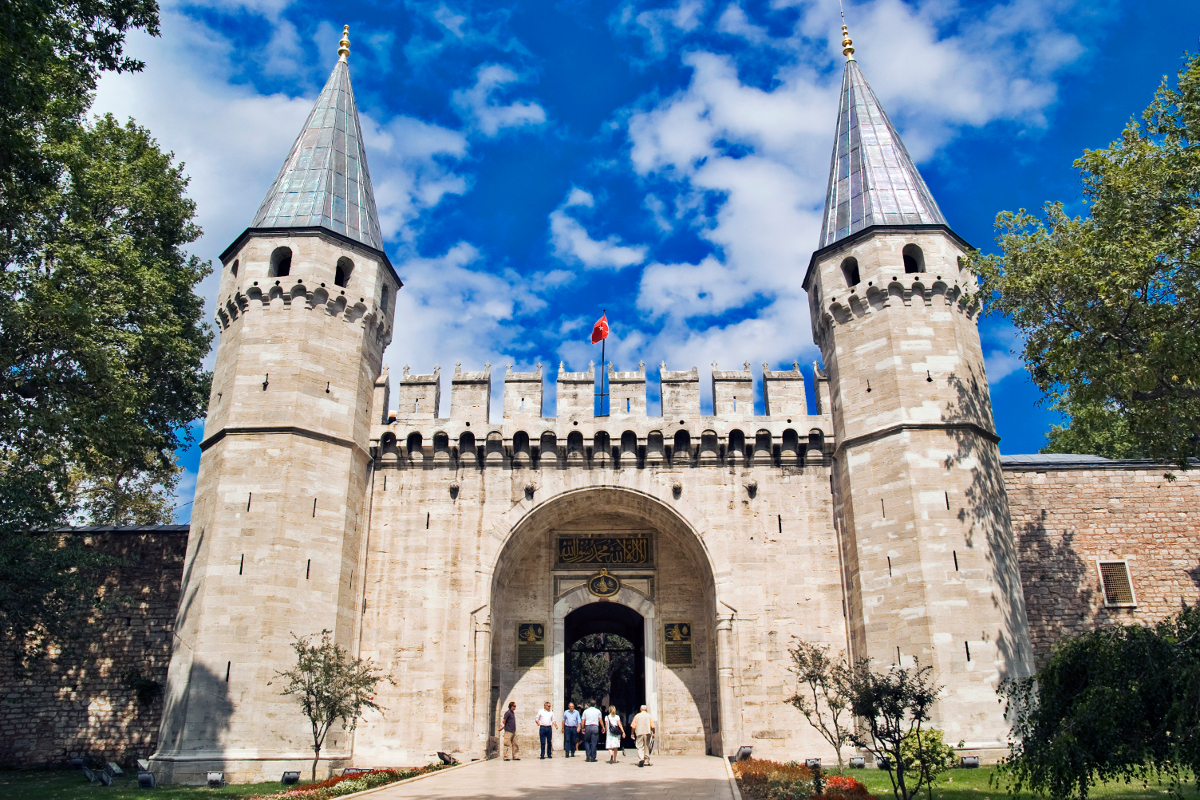 The Topkapı Palace, or the Seraglio, is a large museum in the east of the Fatih district of Istanbul in Turkey. From the 1460s to the completion of Dolmabahçe Palace in 1856, it served as the administrative center of the Ottoman Empire, and was the main residence of its sultans until the 17th century.

Construction, ordered by the Sultan Mehmed the Conqueror, began in 1459, six years after the conquest of Constantinople. Topkapı was originally called the “New Palace” to distinguish it from the Old Palace in Beyazıt Square. It was given the name Topkapı, meaning Cannon Gate, in the 19th century.

The complex expanded over the centuries, with major renovations after the 1509 earthquake and the 1665 fire. The palace complex consists of four main courtyards and many smaller buildings. Female members of the Sultan’s family lived in the harem, and leading state officials, including the Grand Vizier, held meetings in the Imperial Council building. After the 17th century, Topkapı gradually lost its importance. The sultans of that period preferred to spend more time in their new palaces along the Bosphorus.