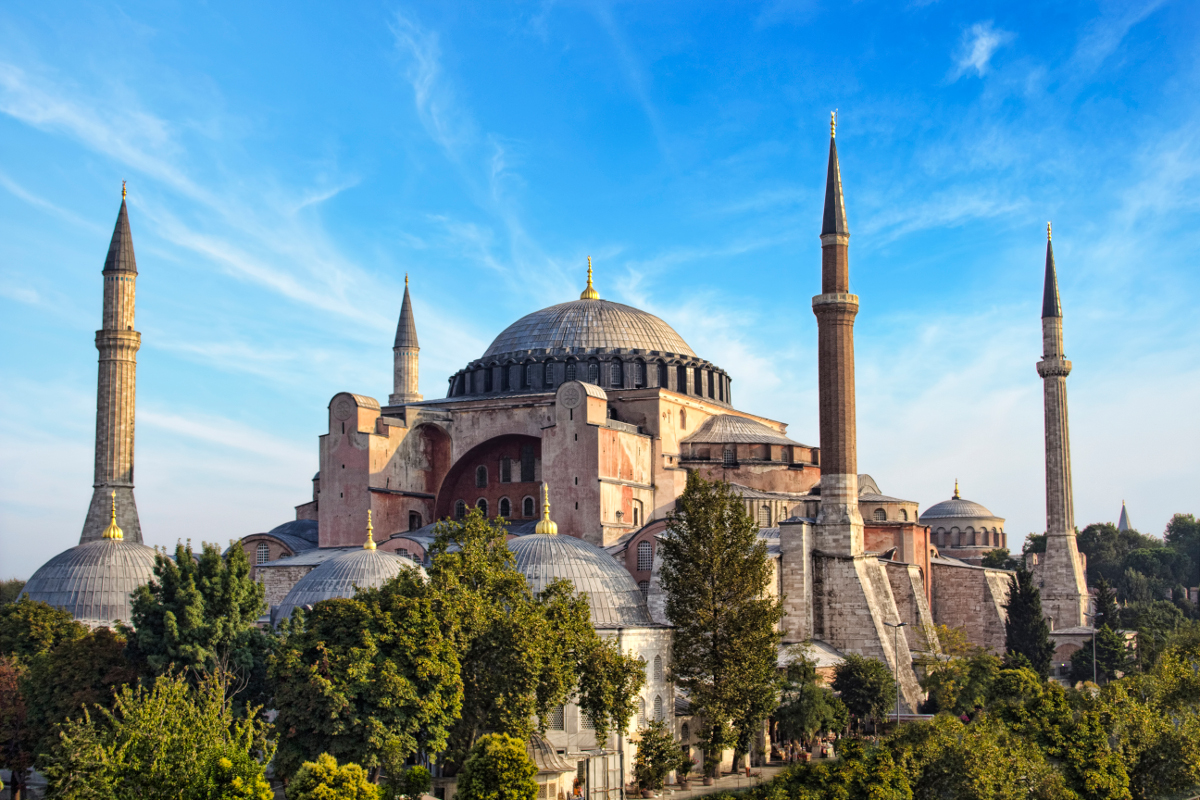 Hagia Sophia, officially the Hagia Sophia Grand Mosque, is a mosque and major cultural and historical site in Istanbul, Turkey.

Originally a Greek Orthodox church, the site has changed between being a mosque and a museum since the fall of the Byzantine Empire.

Originally built by the eastern Roman emperor Justinian I as the Christian cathedral of Constantinople for the state church of the Roman Empire between 532 and 537, and designed by the Greek geometers Isidore of Miletus and Anthemius of Tralles, it was formally called the Church of the Holy Wisdom and was then the world’s largest interior space and among the first to employ a fully pendentive dome. It is considered the epitome of Byzantine architecture and is said to have “changed the history of architecture”.

The present Justinianic building was the third church of the same name to occupy the site, as the prior one had been destroyed in the Nika riots. As the episcopal see of the ecumenical patriarch of Constantinople, it remained the world’s largest cathedral for nearly a thousand years, until Seville Cathedral was completed in 1520.